There’s a new kid on the block when it comes to investing in stocks. Stock Trading Apps (or Virtual brokerage apps), a new phenomenon that has seen a rapid rise in recent years. What is so special about them? well, they allow you to instantly buy and sell stock from your phone with a very small commission. In fact, they have become so popular that they move 20% of all total stocks. A figure that has grown during the pandemic.

These new investors, often beat the market. Not only that, it also happens to be that they outperform even the biggest funds and professional investors of Wall Street. Of course, there’s people who have taken this new mentality to the extreme. Meet ‘Wall Street Bets’ a Reddit community founded in 2012 by Jaime Rogozinski. A mostly millennial community with 1.8 million members. It was created with the purpose of giving not professional traders a space to discuss highly leveraged, often speculative, options trading. You see why it’s called Wall Street Bets now, don’t you?

It all stems from the fact that each new generation of adults often mistrusts and disdains the mentality of those previous to it. In this case millennials who simply just don’t want to invest like the boomers. Most of them were in high school or college when the market crashed in 2008, so they saw the world of conservative, low risk investments crumble around them. Investing in index funds and 401k simply does not appeal to them.

But what makes this community really special is the tone of it all. Here we have young people essentially gambling their life savings on an option trade. Even if they lose it all, they still post it on the forum and make jokes and memes about it as if losing, sometimes hundreds of thousands of dollars, is all a big joke.

I have to say, not all of them are just blindly losing money. Some are actually making hundreds of thousands or even millions, either because they get very lucky or because they actually know what they are doing. It is actually astonishing how ingenious they are. And what makes it even more impressive is that they are not professional traders, just self-educated millennials who have some money to lose and a stock trading app.

Here are the most impressive examples of gains and losses I have stumbled upon in this community:

This user bought $580 thousand worth of SPY call options. Well, it didn’t quite work out, it was a dumb trade, the next day the stocked tanked and he lost $306 thousand.

Here we’ve got another smart guy. This user bought more than $17 thousand worth of Microsoft puts. Not surprisingly, he had no idea of what he was doing, and lost almost all of it.

Finally, some gains! This user invested $148 thousand in Tesla puts. It worked out. When he sold, they were worth almost $800 thousand. He went on to invest it into real estate and is now enjoying retirement. Incredible!

Yes, you read that right. This 18-year-old took his account from $800 to $153 thousand in little more than 2 months. I still cannot believe my eyes. How did he do it? By buying stock and SPY puts just before the market collapsed in the middle of February, then selling them, when the market reached its bottom in the middle of March. Making himself $41 thousand, to reinvest into SPY calls, which skyrocketed his account to $153 thousand. He plans to use his massive payday to pay for his college tuition. Hats off to the young man.

The astonishing gains are more the exception than rule, it’s like a casino, but did they really just get lucky?

I have observed their forum for a while now, and I now see them in a different light. Lots of them are irresponsible, all round degenerate gamblers who are probably not that mentally stable. However, there are others, such as the users in the last two examples, who seem to have freakish high “financial IQ”. On top of that they also possess a high level of risk tolerance. Something that the majority of people lack.

Are these people with insane gains risking a lot? Absolutely. Are they doing this mindlessly? Not a chance. As investors we have to respect it, but keep away from it, losing that amount of money would crush most of us. It’s simply not worth it.

The world of investing is slowly becoming decentralized with more and more people becoming financially literate. Just think about it, with all the resources found online, learning how to invest has never been this easy. It is a blessing that a new generation of investors are taking advantage of.

Investing will never be the same again. To buy a stock you used to have to go through a broker in your bank, paying $30-40 to buy and $30-40 to sell, but today all that has changed.

Looking at the bigger picture it is clear that the entry barrier has been removed, you can now easily buy and sell stocks in an instant, for a very low commission fee with Stock Trading Apps such as Robinhood or my personal favourite, E-Toro.

This combined with the increase in financial literacy, means that more people are buying stocks than ever before, and this trend is sure to continue into the future.

Where all this will lead is a mystery, but I very much doubt that it is the death of traditional, value investing. Long term it will always be the best option for wealth creation. Millennials will learn it the hard way sooner or later.

However, I suspect that Index funds and other very conservative investment methods will gradually be abandoned. They will be less used, as more investors will be able to choose safe, long-term, value stocks themselves with better returns.

I’m Adam Bark, a freelance content writer with a passion for finance and investing. I am dedicated to sharing and educating people on what is happening to their money and how they can use it to make more money 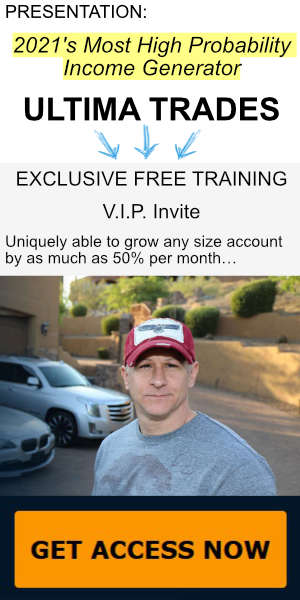